The new season of the Recorded Music Society kicked off with a flying start with a presentation by Tony Powell entitled One Composer’s journey into silence and then resignation.  He was of course referring to Beethoven who, as is well known, became progressively deaf starting at quite a young age in his 20’s.  By 1816 he had lost nearly all his hearing and visitors had to write down what they wanted to say.

This clearly had a traumatic effect on his musical life.  He was a fine pianist and conductor so he was no longer able to do these things.  Even though the music was in his imagination, not to be able to hear what he had composed was a heavy burden to bear.

Tony attempted to take us through his musical life, starting with the youthful compositions and ending with some of the last completed pieces.  It might be tempting to use the major pieces – the symphonies or concertos for example – but instead he chose the smaller scaled compositions: piano trios; ‘cello sonatas; string quartets and piano sonatas.  These are often give a truer insight into a composer’s ‘soul’ if you will, and are harder to compose.  Some may be surprised at this but even composers like Mozart, who could dash off pieces seemingly at will, found the shorter forms harder to complete sometimes taking months.

The big change in the piano trios Tony explained, between Beethoven and the earlier composers, was the role played by the other two instruments.  With Haydn, they were in support of the piano, in the Beethoven’s work, they played an equal role.  This was particularly evident with Op 1 in G Major composed in 1795 when he was in his 20’s.

The style changed and in Op 70 No 2 composed in 1808 we see a greater intensity.  Events in Europe would no doubt had a role to play, in particular the French Revolution and the increase in enlightenment thinking.

He only wrote 5 ‘cello sonatas and we heard extracts from Op 5; Op 69 and Op 102, again a spread through his lifetime showing stylistic changes between 1797 and 1815.

Next to the string quartets and if you were not a Beethoven scholar and heard string quartet No 6 in B flat Op 18, you might be forgiven in thinking it was a piece by Haydn.  The jaunty theme and structure of the quartet typical of that composer.  You would not make that mistake with the last completed quartet (by Beethoven) No 16 Op 135 composed in 1826 the year before he died.

The piano sonatas were a compositional form Beethoven was most comfortable with, possibly because of his piano playing background.  We heard extracts from three: No 1; No 23 (Appassionata) and No 32.  The increase in intensity and complexity was most marked.

This was a most interesting presentation, showing the changing style of Beethoven’s work over his life.  No doubt events in his life – revolution, the Napoleonic wars for example played their part – but his retreat into an inner life would also have been a powerful influence. 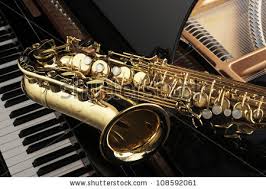